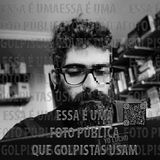 After having several problems trying to make Split SSH to work in Qubes 4, finally I managed to solve it, and in this post, I write how to configure your system, with no headaches and no problems.

Note: This is an English version, translated from my last post, in Portuguese (available here), with a few corrections to make it "readable". Sorry for any grammar mistakes.

Split SSH is a concept applied to the operation system Qubes, similar to Split GPG, introduced and described in the system documentation[1]. This security model consists in safeguarding public and private keys from the environment where it gonna be used and, in case its compromissed, GPG (or SSH) keys will not be affected.

In Qubes' documentation, the following text explains the concept of sharing across keys:

Split GPG implements a concept similar to having a smart card with your private GPG keys, except that the role of the “smart card” plays another Qubes AppVM . This way one, not-so-trusted domain, e.g. the one where Thunderbird is running, can delegate all crypto operations, such as encryption/decryption and signing to another, more trusted, network-isolated, domain. This way the compromise of your domain where Thunderbird or another client app is running arguably a not-so-unthinkable scenario does not allow the attacker to automatically also steal all your keys. (We should make a rather obvious comment here that the so-often-used passphrases on private keys are pretty meaningless because the attacker can easily set up a simple backdoor which would wait until the user enters the passphrase and steal the key then.) [2]

Same idea applies to Split SSH: private and public keys are held and configured on a SSH domain, isolated and with no network access; a different domain, with Internet, will access secret VM (isolated with the keys). This technique was proposed by Jason Hennessey, @henn, on qubes-app-split-ssh [3]. This connection will be established by a local socket (created by ssh-agent on each domain) with Qubes framework handling it.

Main differences between Split GPG and Split SSH starts on its implementation and how to configure it. Split GPG is a native feature - so to speak! -, easily configurable on Qubes, while Split GPG requires a few tweaks (and headache!) to work with.

Setting system, domains and files up is a easy task, but it can get confused if not followed as described, so I recommend to follow steps below to avoid any problems during process. It will be set on four domains (VMs), on the respective order as follows:

1. Install packages and scripts on TemplateVM(s)

TemplateVMs are the base to build an AppVM, which user applications are available. Everytime that an AppVM/domain is started, system root files are recovered from its template.

AppVM saves only files in $HOME user directory. That's the reason why packages need to be installed on its template.

First and most importante step, I think, that I took ages to find out: required packages were not installed on TemplateVM, Fedora 27 on Qubes 4. Days ago, I stepped with @homotopycolimit comment on Github, describing which packages must be installed to work.

So, now, let's focus only on TemplateVM, to be used by any other VM. In my case, it's fedora-27, but it also works with different images. The most important is to install packages and all files needed by Split SSH .

Open Terminal and install packages nmap-ncat and openssh-askpass on template fedora-27, with:

If, and only if, the choosen template is debian, then packages names differs: nmap, netcat and ssh-askpass. Install it with the command:

Leave Terminal open in fedora-27 when installer finishes, and create /etc/qubes-rpc/qubes.SshAgent file having:

First part is concluded. All tweaks on fedora-27 template have been made and now, following to the second part of this tutorial.

After creating it, let's move on. We have to create two VMs to be used by Split-SSH as said before: ssh-vault and ssh-client. This task can be done with Qubes Manager wizard or executing command lines on dom0 .

This new VM will be created having fedora-27 as TemplateVM, green as its color, and sys-firewall as default proxy to Internet connection; ssh-client named and defined.

ssh-vault will hold secrets and keys, right? So, it must have no network access. To disable network, and isolate it, run:

And it's done! Domain dom0 is set and our two frontend domains were created.

As noted before, ssh-vault will hold public and private keys with no network access. That said, create or copy your SSH keys to this VM, keys to be used by ssh command (ssh keys are saved in domain ~user/.ssh directory).

Add the following content to the new file, ~user/.config/autostart/ssh-add.desktop:

So, for everything to work properly on ssh-vault, this domain must be stopped (and leave it on this status, for now); it can be done by Qubes Manager window.

To finish this "saga" and moving on to set ssh-client VM up, with Internet connection, enabling to connect it to SSH servers out there.

On files below, watch for SSH_VAULT_VM variable, its value define which domain/VM name Qubes will try to connect to, creating an inter-VM connection on the vault VM.

Append content to the file /rw/config/rc.local on ssh-client. This script will be executed when VM starts.

To make this script executable, set its permission running:

Last file to be set on ssh-client is ~user/.bashrc. Append this content to the file:

For everything to work on ssh-client and to apply those changes, stop/shutdown its execution on Qubes Manager (same thing done on last domain), and leave it stopped. Or run the following commands in dom0 Terminal:

Split-SSH is ready to be used on Qubes, allowing you to acess SSH servers with different keys (safe and isolated from a not-so-trusted environment).

Test it and make sure that everything is working.

Start ssh-vault VM, open Terminal. When it launchs, openssh-askpass will ask the keys password installed in ~user/.ssh folder. Type your passphrases when asked.

To verify if ssh-agent is running on ssh-vault, run:

Launch Terminal on ssh-client to also check if ssh-agent is running.

These two VMs (ssh-vault and ssh-client) must be running to test interVMs connection. Type the following command on ssh-client, if dom0 policies were inserted properly, then a window will popup asking for permissions:

This command should list all keys installed on ssh-vault. And also try to connect to a SSH server and check if everything is working.

In case is not working as expected, try to solve those bugs with the following solutions.

And now, FINALLY, it's done!

Did you find any bugs? Corrections? Feel free to comment. :-)